During this field trip you will be following the work of scientists from Victoria University and the University of Tasmania as they collect data about the density of sea ice microbial communities.

Ken Ryan from Victoria University in Wellington will be leading a group of scientists who will be working in Antarctica to monitor Sea Ice Microbial Communities (SIMCO).

The importance of SIMCO

Antarctic sea ice supports microorganisms that form the basic food supply for Antarctic coastal food-webs. Scientists want to gain a better understanding of how these important organisms may be affected by climate change. With climate change there is likely to be:

Reduced ice thickness and increased snow cover will alter the amount of light and heat transfer through ice and the ocean. This change in energy flow through the food web will affect marine ecosystems in ways that are difficult to predict.

This project will make measurements of sea ice microbial communities to monitor their response to changing sea ice conditions.

The goal of this project is to set up sensors which can measure the growth and health of sea ice microbes. This will allow scientists to gain a better understanding of the size and distribution of sea ice microbial communities and allow long term monitoring of these primary producers.

This data would form a baseline against which future changes can be measured to show how the ecosystem is responding to climate change.

The K043 science team will be using state-of-the-art biological sensors to track the abundance and health of sea-ice microbial communities. To do this they will set up a transect line under the ice by:

A standard RGB camera will be used for 3D reconstruction and a hyperspectral scanner will be used to make estimates of biomass (amount of SIMCO present).

What will this experiment achieve?

This method of monitoring has not been tried before. It is hoped that quality images will give scientists an accurate measure of the health and spread of SIMCO. This method can then be used across areas of different sea ice thickness to gain a better understanding of the conditions in which SIMCO grows best and how it is affected by change. 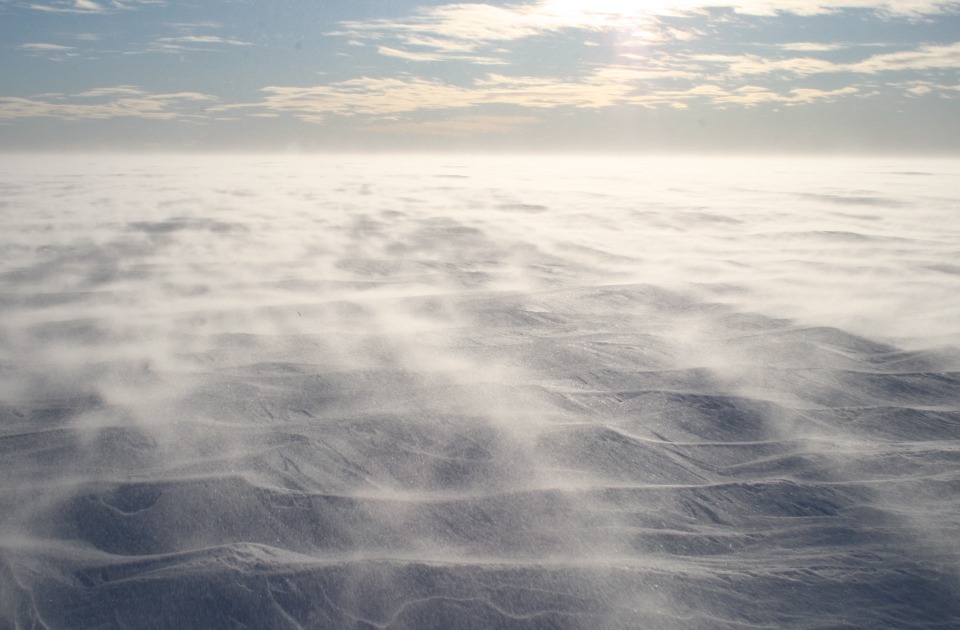 The weather in Antarctica can change rapidly making it a challenging environment for scientists to work in. Image: University of Otago. 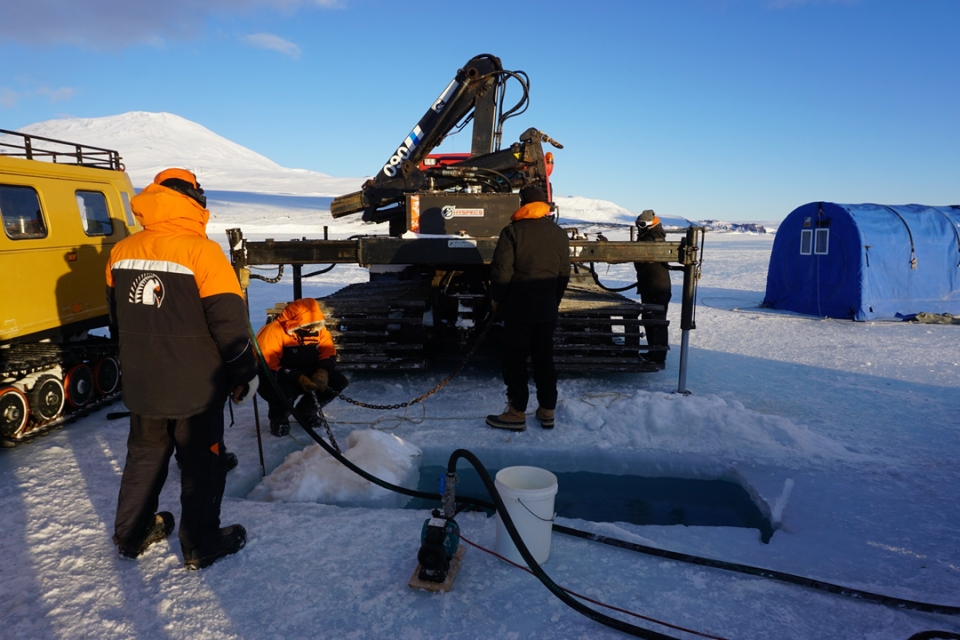 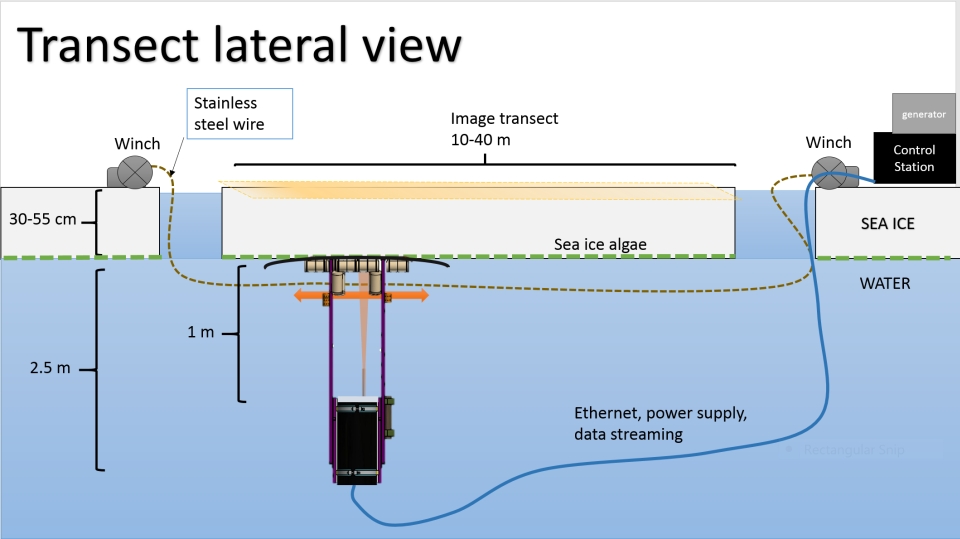 This cross-section shows how the K043 science team will set up their monitoring equipment. Image: Ken Ryan. 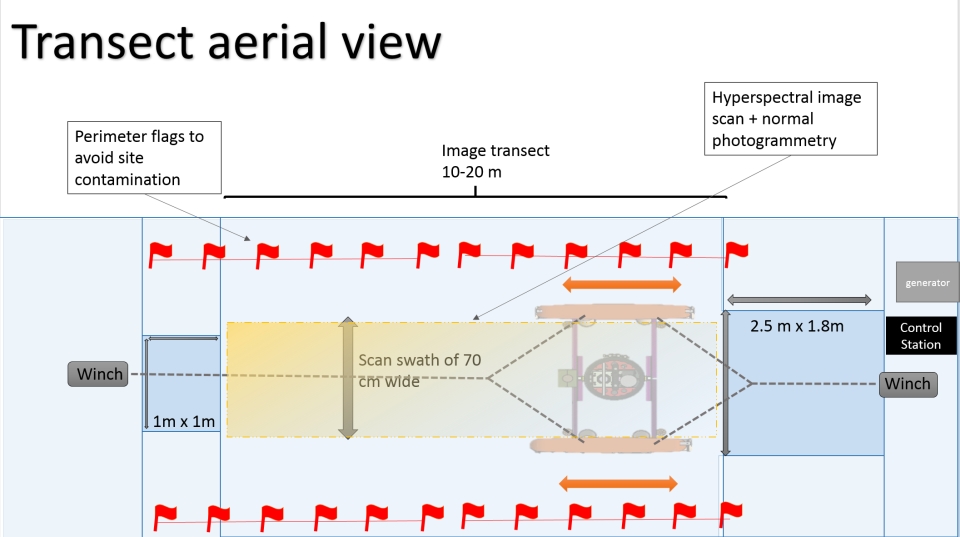 An aerial view of the equipment that the K043 team will use in Antarctica. Image: Ken Ryan. 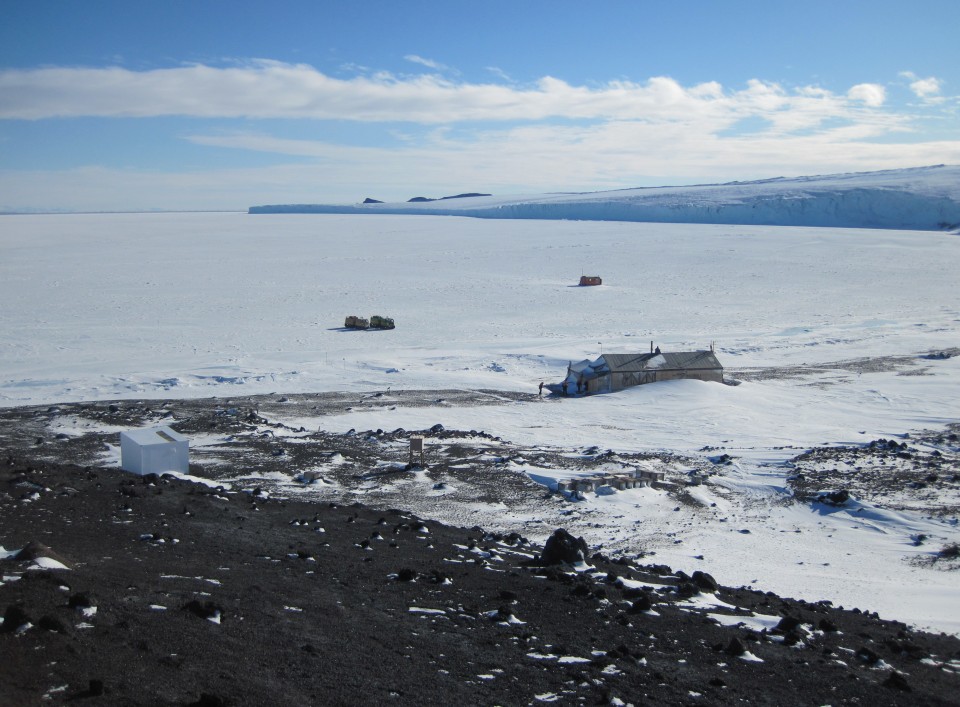 The K043 science team will be working at Cape Evans off Ross Island in Antarctica. Image: LEARNZ.