If the Earth's crust was solid and did not move we would not have geohazards. Plate tectonics explains how the surface of the Earth moves.

The Earth is made up of several main layers.

The crust is like a lid on a jar, keeping the mantle under the Earth’s surface. 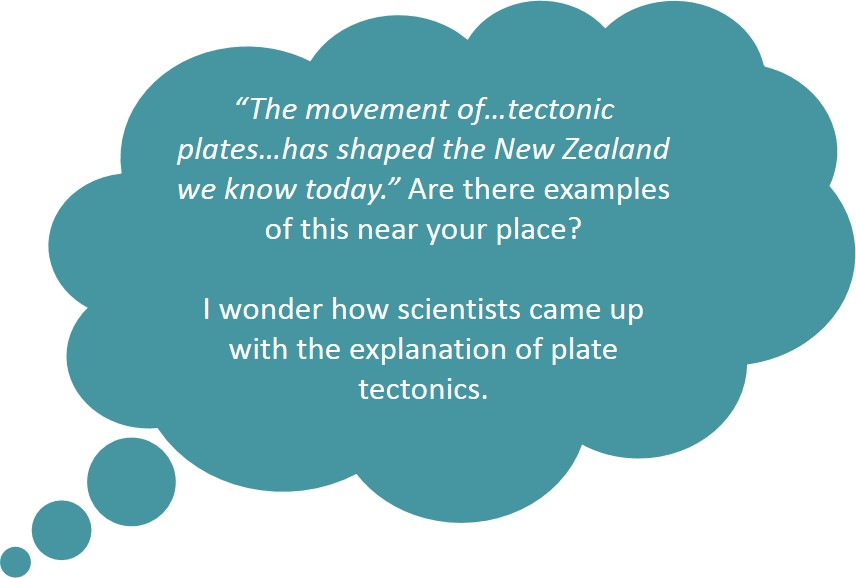 At the edge of the tectonic plates one of three things can happen:

This is where two plates move apart from each other. Magma (molten rock) will then rise from inside the Earth to fill in the gap. This can form rift valleys on land or ocean ridges on the seafloor.

Where two plates push together. Different things will happen depending on what type of plates are pushing together

This is when two plates slide against each other. But rather than sliding smoothly, the plates build up stress then release this with a burst of movement. This movement is felt as an earthquake. 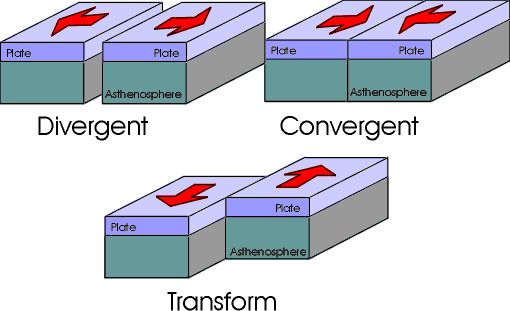 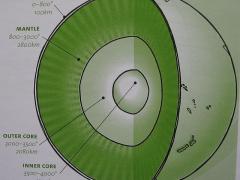 Earth is made up of several main layers. Image: LEARNZ. 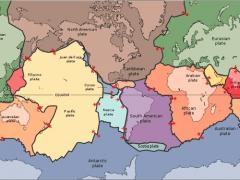 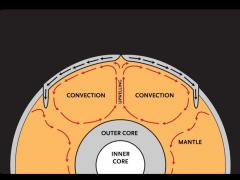 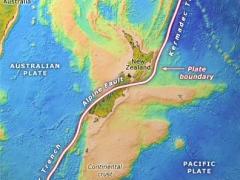 New Zealand sits on the edge of two tectonic plates; the Indo Australian Plate and the Pacific Plate. How do you think this affects New Zealand? Image: LEARNZ. 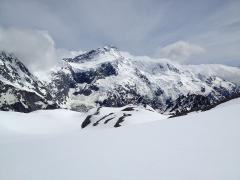 The Indo Australian Plate is like a bulldozer pushing at the weaker Pacific Plate causing it to rise up into the mountain range known as the Southern Alps. What else does this plate movement cause?  Image: LEARNZ.