Living Beneath the Sea ice | LEARNZ
Skip to main content

Living Beneath the Sea ice

Plants and animals that live under sea ice around the coast of Antarctica must be able to survive long periods without light because it is blocked by ice.

Antarctica is a land of ice. The seas around Antarctica are very cold (below zero degrees). Around Antarctica the sea is often covered with a thick layer of ice, yet there are still many plants and animals that can live here.

The ice floating on the surface of the sea stops a lot of light from reaching the water below.

Ice shelves that don't melt can be hundreds of metres thick. No light reaches the water below so very few plants or animals can live below these ice shelves.

Sea ice that melts each summer is much thinner (usually just a few metres). Some light can pass through and so large groups of marine plants and animals can live on the sea floor. The area of sea ice depends on the climate and how far south it is.

Most of the light from the Sun that hits sea ice is bounced back into the air above (it is reflected). Snow may also build up on the sea ice and this will mean even less light can pass through it.

Plants and animals that live on the sea floor below sea ice have adapted to the cold and low light levels.

Those that live in areas that get covered by sea ice need to be able to survive for long periods of time without any light. Plants such as algae that live on the sea floor can only use the sun's energy to make food (photosynthesis) during summer. For the rest of the time they must live on energy which they have stored. This means that they grow very slowly.

Animals that feed on the algae need to be able to survive for a long time without food or have other sources of food.

Ready for a quiz? Try the 'Living Beneath Sea Ice' interactive activity.

Imagine you are a scientist studying an animal that lives beneath sea ice in Antarctica. What data would you collect and why? What challenges would you face while working in Antarctica? 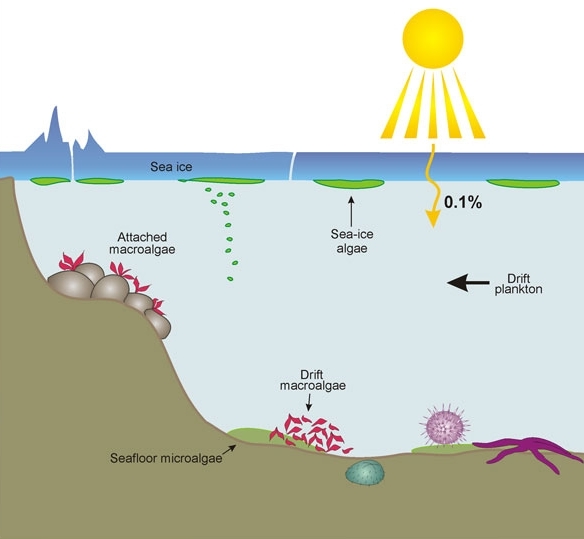 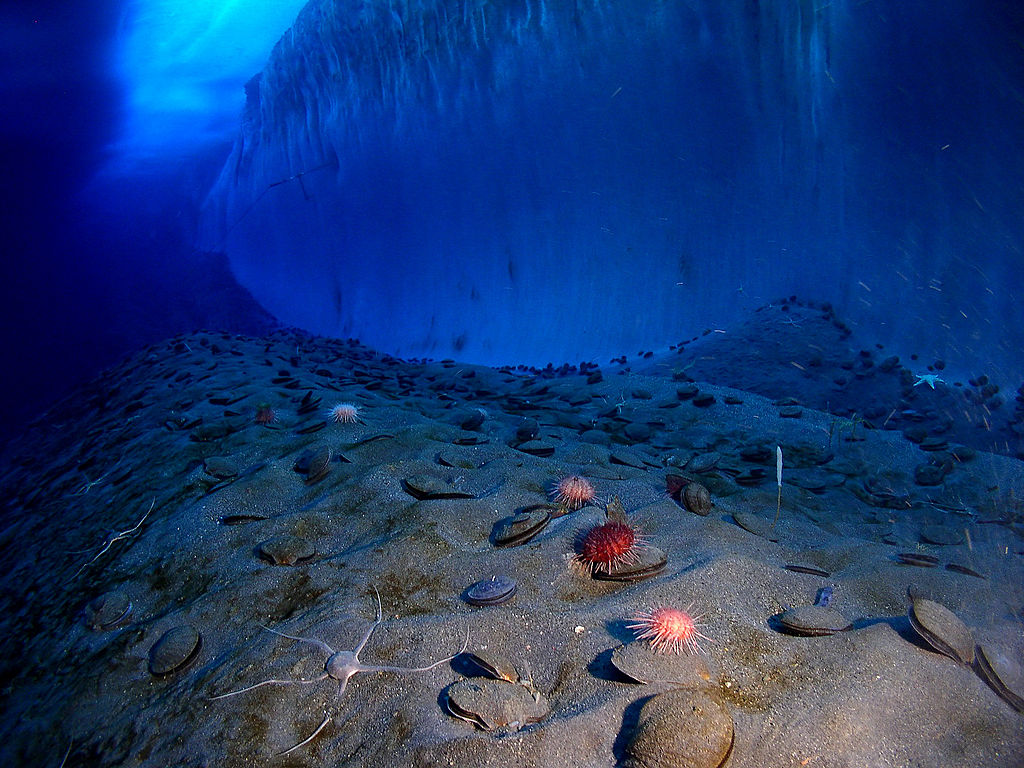 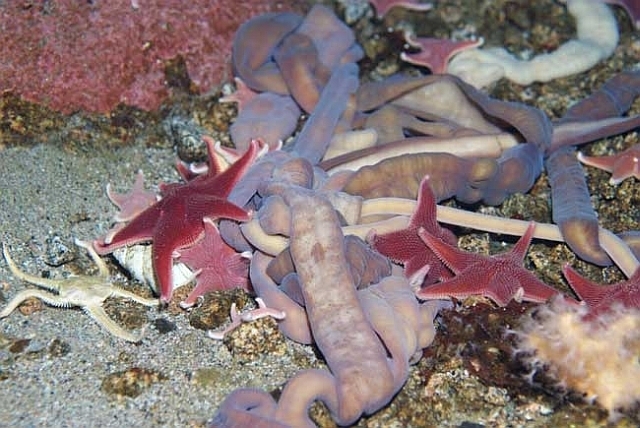 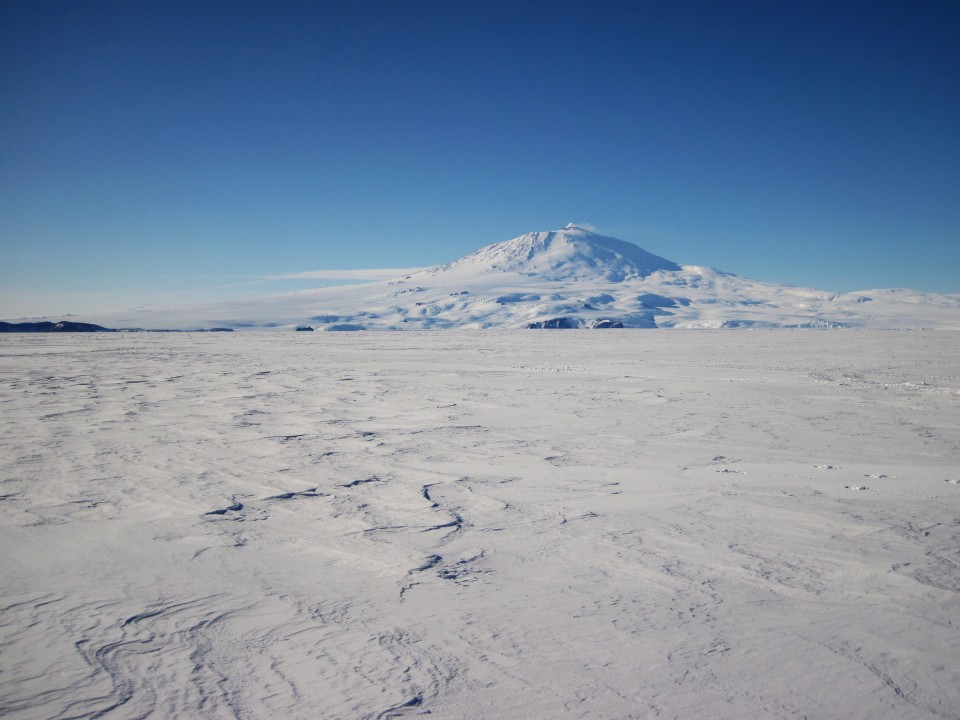 It is hard to imagine that anything can live beneath the thick sea ice that forms over winter in Antarctica. Image: LEARNZ. 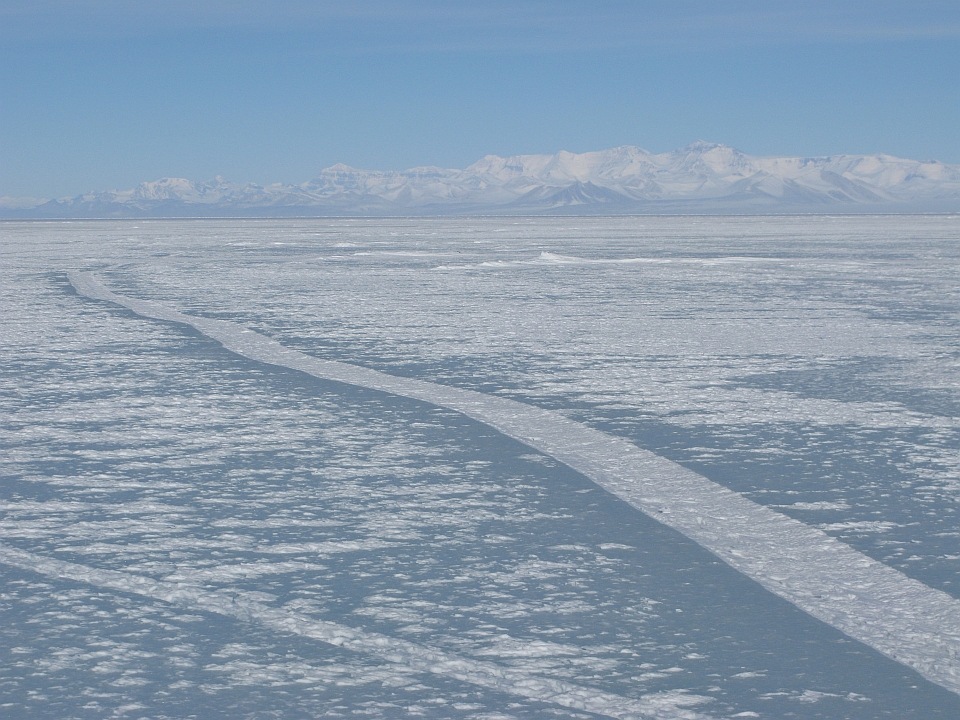