«Previous
Civil Defence and Emergency Management
Contents: Standard
Next»
Floods
Easy Version
Listen:
Have this page read to you

Around twenty thousand earthquakes are recorded each year in and around New Zealand, but only about 250 of these are felt. Earthquakes are caused when the stresses of plate tectonics break the rocks of the crust (a sudden movement). If the break reaches the surface a fault line is created.

A fault is a break in the rocks that make up the Earth's crust, along which rocks on either side have moved past each other. Sometimes the blocks of rock on either side of a fault suddenly shift to a new position in just a few seconds. This sudden release of energy sends out waves, which are felt on the surface as an earthquake. The strength of the earthquake depends on the area of fault that has shifted and the amount of movement. A small area and small movement creates a small earthquake. 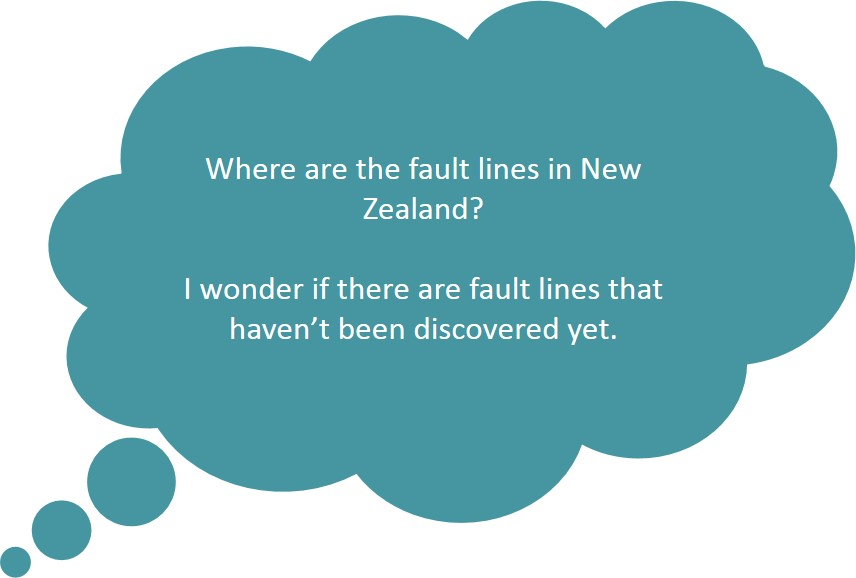 The place where a fault ruptures is called the focus or origin, and the point directly above on the Earth’s surface is called the epicentre. The energy released by a fault movement radiates outwards as seismic waves, or shock waves.

All of New Zealand is prone to earthquakes. However, there is a variation in the level of earthquake activity across the country. Wellington is one of the most active of New Zealand’s seismic regions and Auckland one of the least active. Large earthquakes can still happen in regions with lower activity. This is best illustrated by the recent events in Christchurch.

Most of New Zealand’s seismic activity, including its major historic earthquakes, occurs within a broad zone of deformation (about 100km wide) that runs along the plate boundary from offshore East Cape to Fiordland.

What can we expect in the future?

Based on its seismic history, New Zealand should experience 50 magnitude 5 earthquakes and two magnitude 6 earthquakes each year, four magnitude 7 earthquakes per decade, and a magnitude 8+ earthquake every century. However, earthquakes are not evenly spread over time and they often occur in clusters. A damaging earthquake could happen at any time. At least 25 per cent of the population is expected to experience shaking great enough to damage household contents and buildings in the next 50 years. 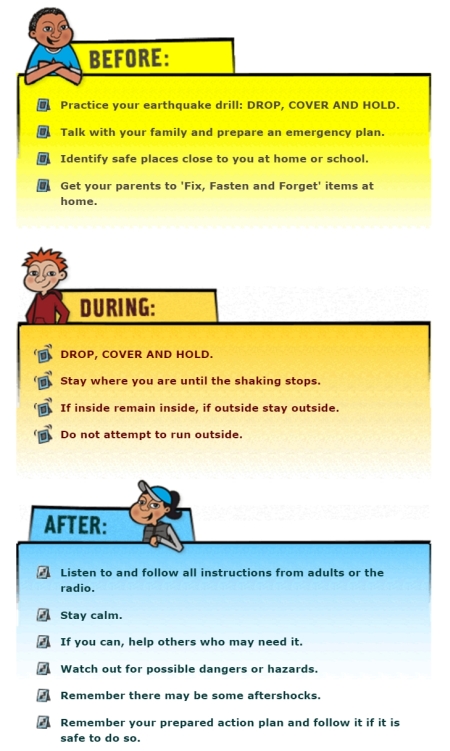 Ready for a Quiz? 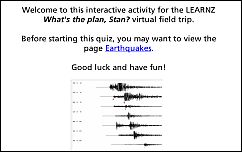 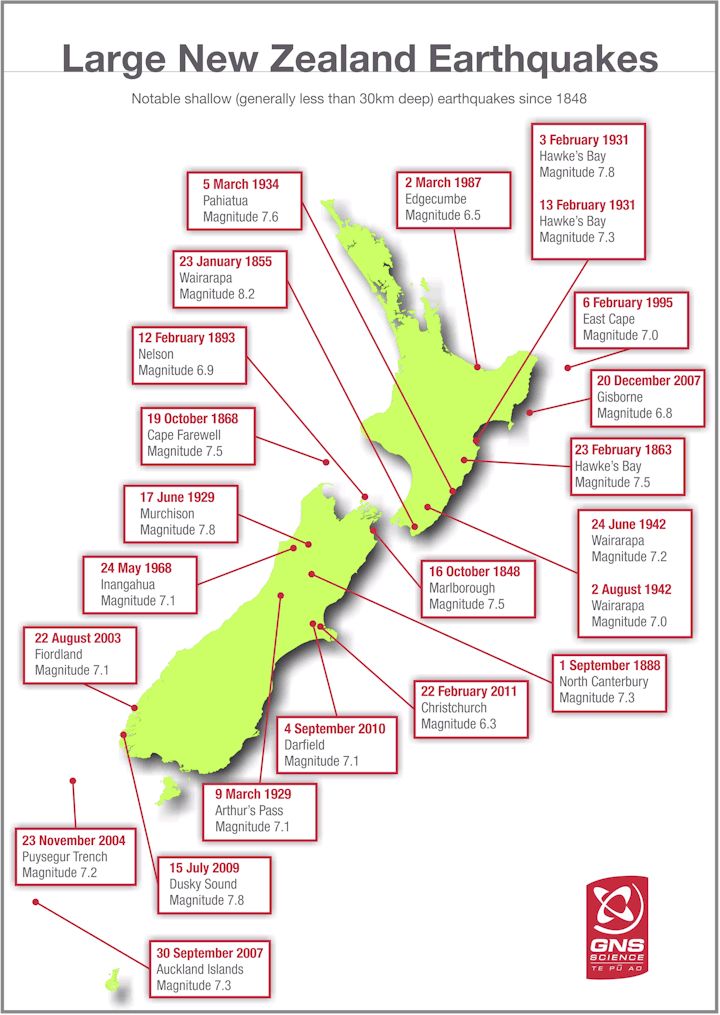 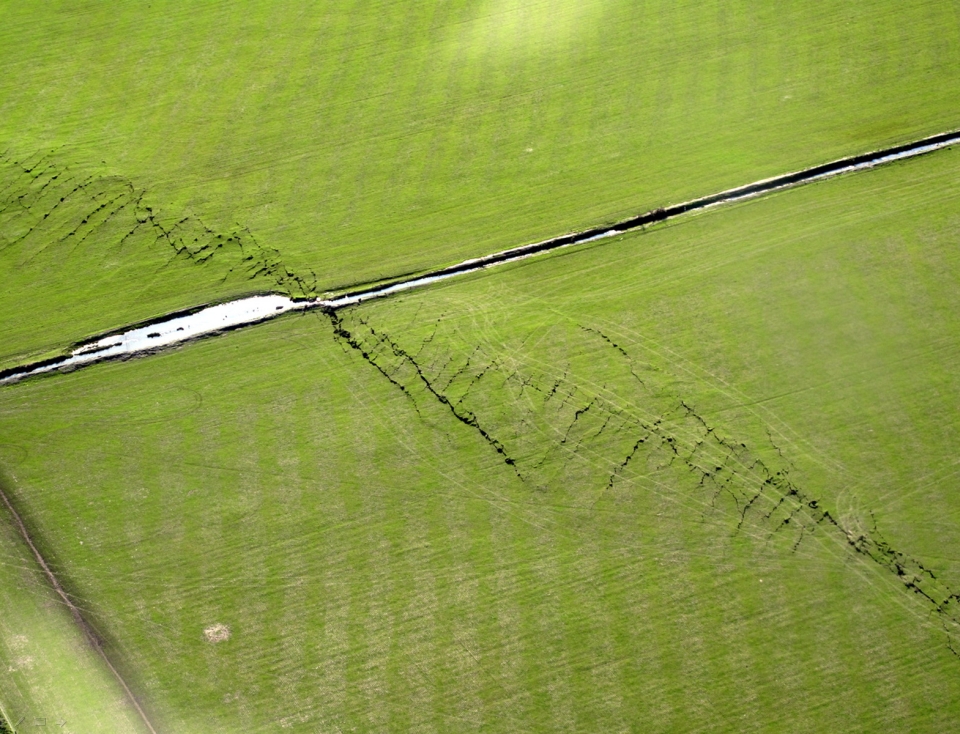 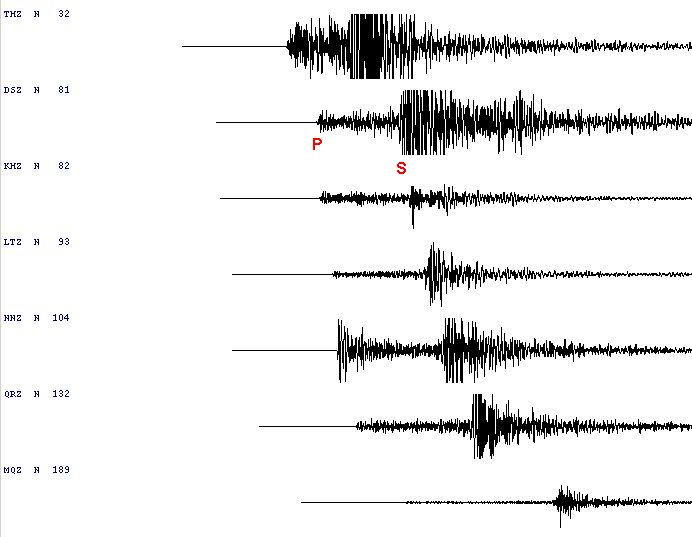 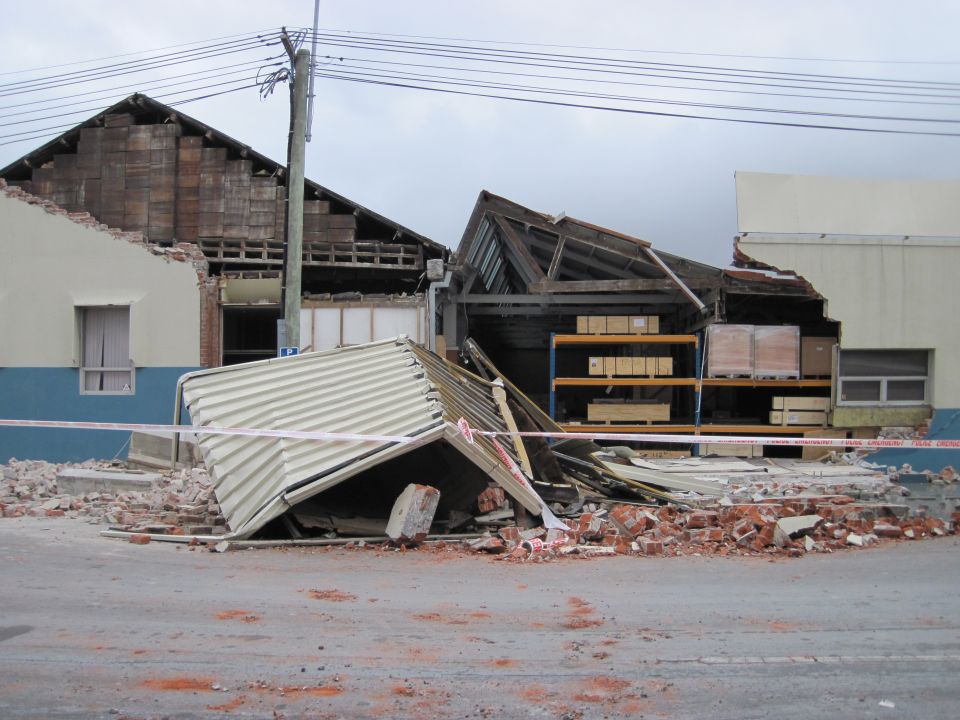