Why Build the Waterview Connection | LEARNZ
Skip to main content

Why Build the Waterview Connection

The Waterview Connection Project is important to New Zealand’s economy because it will reduce travel time and provide a direct link between the centre of Auckland City and the Airport.

Māori used to travel from Manukau to the Waitemata Harbour through wetlands. These wetlands were made into a channel by European settlers; this channel is now known as Oakley Creek. The Waterview Connection motorway will also follow this well-travelled route from Ōwairaka to Waterview.

The art work on the tunnel entrance is Te Haerenga Hou. Te Haerenga Hou depicts the journey from the Manukau Harbour along the route of what is now State Highway 20, past the volcanoes of Te Ara Puere / Mangere, Te Hopua (Gloucester Park), Maungakiekie (One Tree Hill) and Puketapapa (Mt Roskill), to the feet of Ōwairaka (Mt Albert). This is where the new tunnels of the Waterview Connection will be built, underneath the lava flow, to lead travellers out toward the Waitemata Harbour.

The kōrero (story) of the journey surrounds the lovers Tamaireia and Hinemairangi, the traditions about whom relate to the creation of the many volcanic features around the Auckland region.

The art work is 14 metres in diameter, about the same size as the TBM's cutting face.

The Waterview Connection is the final section of the long-planned Western Ring Route to be built. This route will be made up of 47km of continuous motorway – making it the longest motorway in New Zealand. Plans for this have been around for many years.

When the motorway is finished it will offer an alternative to State Highway 1 (SH1) and the Auckland Harbour Bridge via SH20, SH16 and SH18.

It will bypass the city to the west and link Manukau, Auckland, Waitakere, and the North Shore. It will end Auckland’s reliance on a single motorway and the harbour bridge and reduce traffic delays for traffic getting through or around Auckland.

Completing the Western Ring Route has been identified by the Government as a Road of ‘National Significance’. As such it is part of a package of seven land transport projects identified as critical to New Zealand’s economy; roads which will benefit all of New Zealand as they will be major roads that help move goods and services throughout the country.

It will also ensure that Auckland has a well-planned, resilient motorway network and a direct motorway link between the central business district and the Auckland International Airport. 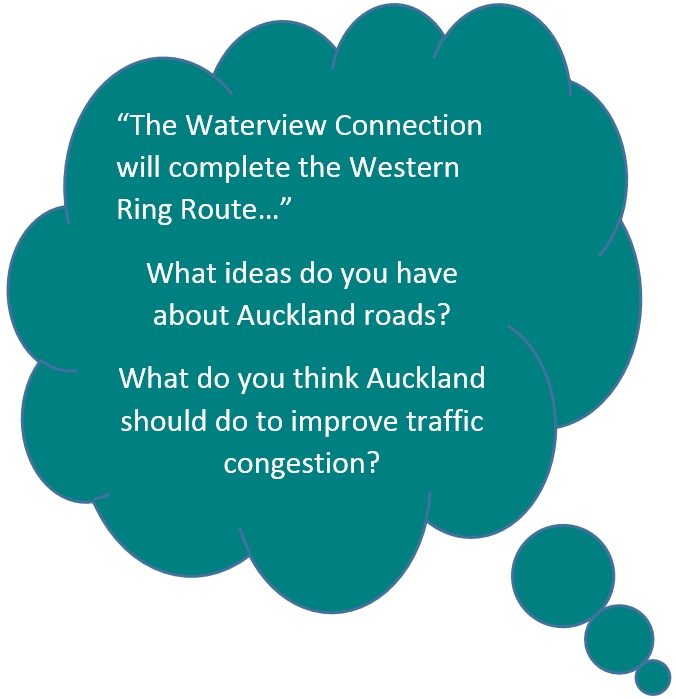 Once completed and opened, the Western Ring Route will provide a bypass around the Central Business District (CBD) for the large volume of traffic that travels across the region each day. The improved network and the added capacity will:

Check out the NZTA website to find out more about Roads of National Significance.

Previous
The Waterview Connection Project
Next
More Than Just A Road 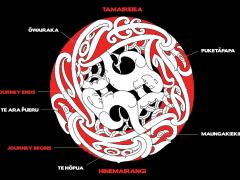 This artwork on the Waterview Tunnel entrance is a symbol of Te Haerenga Hou, the journey between Ōwairaka and Waterview. Image: NZTA. 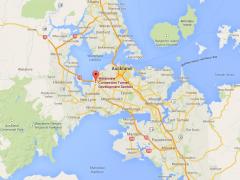 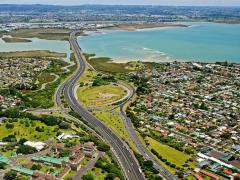 The Waterview Connection will provide a direct link between the centre of Auckland and the Auckland International Airport. Image: NZTA. 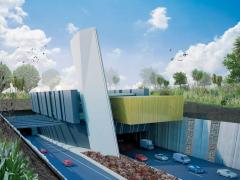 Over half of the Waterview Connection will be underground providing added road space without disturbing the area above the tunnels. Image: NZTA.