A volcano is an opening (or vent) in the surface of the earth or sea floor where magma comes out. This volcanic debris piles up or spreads out to produce many different kinds of volcanic rocks and landforms. Many of New Zealand’s landscape features have been shaped over several million years by volcanic activity.

Beneath New Zealand, the Pacific tectonic plate is colliding with the Australian tectonic plate and is being forced down into the Earth’s mantle. This creates a zone of stress, called a subduction zone. Most of the North Island’s active volcanoes are associated with this process.

As the Pacific plate is forced down into the mantle, the oceanic crust, which caps the Pacific plate, begins to heat up. Under increasing pressure and temperature, the former crustal material undergoes chemical reactions and molten magma is formed. This magma is very hot and contains gases making it lighter than the surrounding mantle. It rises towards the surface of the Earth at weak points in the Earth’s crust.

Once this magma reaches the surface at the vent it is called lava (if it erupts passively) or tephra (if it is blasted apart explosively in the vent).

The volcanic region of the central North Island is called the Taupo Volcanic Zone. It is made up of a line of active and potentially active andesite stratovolcanoes (volcanic cones) stretching from Ruapehu in the south to White Island in the north.

Unlike the Taupo Volcanic Zone, the volcanoes of Auckland are not related to a plate boundary. Instead, they have formed in the middle of a plate. This sort of activity is known as ‘intraplate’ volcanism. Sometimes these areas of intraplate volcanism are referred to as “hotpots” or “mantle plumes”. The source of magma in these areas is the mantle. The type of magma produced in these areas is called basalt.

In New Zealand, volcanoes can be divided into two groups:

The North Island is home to all of New Zealand’s active volcanoes today. The South Island’s volcanic heritage belongs to a more distant past but is still evident today at sites such as the Takitimu Mountains, Mount Tapuaenuku, Mount Somers, Oamaru, Otago Peninsula, Banks Peninsula, Timaru and Solander Island. 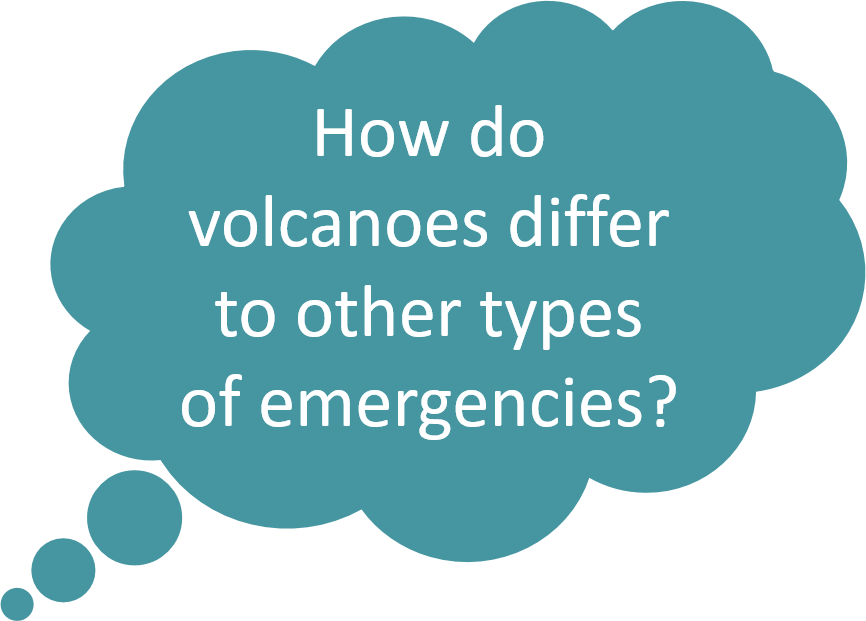 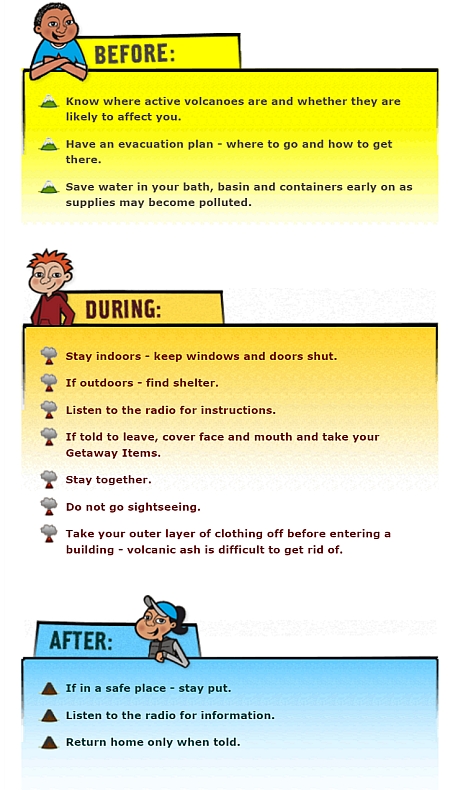 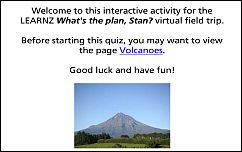 You could find the name of your nearest active or extinct volcano. How did it form?

New Zealand lies on a collision boundary between two tectonic plates. This animation shows what can happen to land when plates move (black arrows) under power from convection currents in the mantle (red arrows). Note: click Shift-refresh/reload to see the animation again. Image: LEARNZ.

A subduction zone is where one tectonic plate is forced towards the centre of the earth by another tectonic plate. Image: LEARNZ. 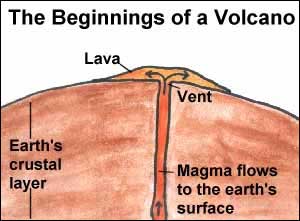 Volcanoes erupt when magma reaches the surface of the Earth. Image: LEARNZ. 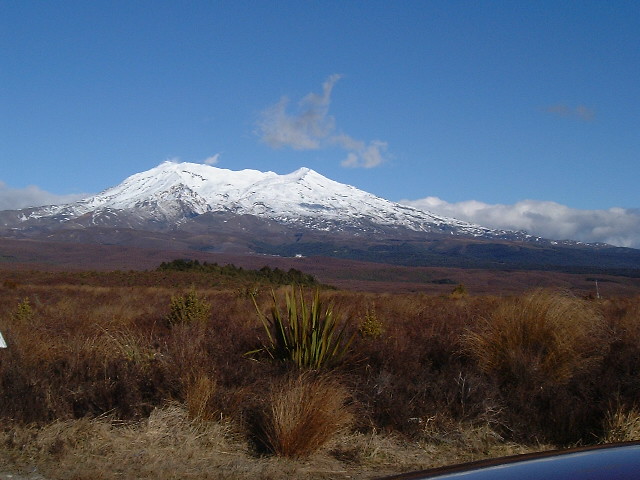 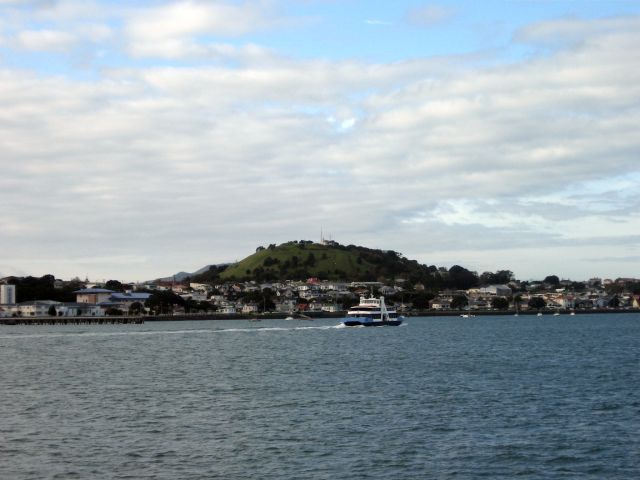 The volcanoes of Auckland are not formed where tectonic plates meet. Instead, they have formed in the middle of a plate. Image: LEARNZ. 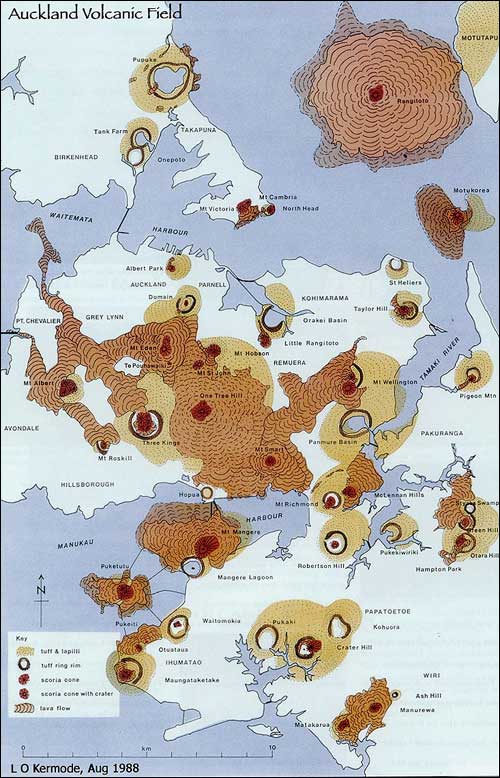 There are 48 volcanoes in the Auckland volcanic field. Image: Dr. Les Kermode.